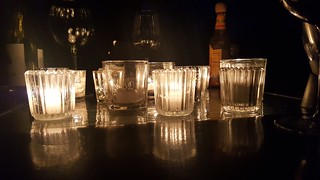 Steven Aftergood hosts the excellent Secrecy News blog/e-mail.  He reviewed The Ethics of Invention: Technology and the Human Future by Sheila Jasanoff.

Technological innovation in fields from genetic engineering to cyberwarfare is accelerating at a breakneck pace, but ethical deliberation over its implications has lagged behind. Thus argues Sheila Jasanoff — who works at the nexus of science, law and policy — in The Ethics of Invention, her fresh investigation. Not only are our deliberative institutions inadequate to the task of oversight, she contends, but we fail to recognize the full ethical dimensions of technology policy. She prescribes a fundamental reboot.

Ethics in innovation has been given short shrift, Jasanoff says, owing in part to technological determinism, a semi-conscious belief that innovation is intrinsically good and that the frontiers of technology should be pushed as far as possible. This view has been bolstered by the fact that many technological advances have yielded financial profit in the short term, even if, like the ozone-depleting chlorofluorocarbons once used as refrigerants, they have proved problematic or ruinous in the longer term.

There are contingent issues. Numerous government and professional ethical advisory bodies already exist, looking at research with human subjects and specific fields of innovation. But they tend to have a technocratic orientation that focuses on cost–benefit analysis narrowly construed, with an emphasis on those factors that can be quantified or assigned market value. Intangibles, such as worker morale or the health of communities, are often neglected. Meanwhile, technological disasters such as the 2010 Deepwater Horizon oil spill in the Gulf of Mexico lay bare flaws in the conception, design or implementation of technology, at least after the fact. But because such failures are by definition unintended, they are typically exempted from deep ethical concern by planners and regulators.

What we too often fail to grapple with, writes Jasanoff, is that technology is value-laden from start to finish. From the innovator’s intuition of a desired end to the development of the practical means of achieving that end — as well as its application, distribution, ownership and ultimate impact on society and the world at large — choices about technology are inextricably intertwined with value judgements at every stage.

Jasanoff argues for an entirely new body of ethical discourse, going beyond technical risk assessment to give due weight to economic, cultural, social and religious perspectives. The Ethics of Invention is an eloquent meditation on these problems. Jasanoff thoughtfully discusses the limits of conventional risk analysis, with its biases in favour of innovation and quantification, and looks at the challenges posed by specific developments in biotechnology, genetic engineering and information technology for surveillance. The book helps to pinpoint recurring patterns in contemporary technological debates and to frame what is at stake in their outcomes.

But the solution to the “deep democratic deficit” in current technology policy is hard to articulate and harder still to implement, and Jasanoff does not provide a clear road map. An attempt to take all relevant ethical perspectives into account may be a prescription for stalemate because, as she notes, “many basic issues of right and wrong remain deeply contested”. These include questions such as when life begins and ends, what constitutes human dignity and how the scope of human responsibility to the global environment and to future generations can be defined. Sometimes, intensive ethical deliberation leads not to consensus, but to its opposite. After years of study and public debate, for example, the 1984 industrial disaster in Bhopal, India — when toxic gases leaked from a Union Carbide pesticide plant, killing thousands — now “stubbornly resists any coherent narrative of causes and effects” owing to complex political, legal and jurisdictional conflicts. At other times, deliberation can yield multiple, disparate concurrences: different policies on human embryonic-stem-cell research have been adopted by the United States, the United Kingdom and Germany, for instance.

“Experts’ imaginations are often circumscribed by the very nature of their expertise.”

Yet even if an ideal ethical discourse is out of reach, Jasanoff persuasively argues, we can do better than we have done. The impacts of many technologies in fields such as energy production, robotics or knowledge management extend far beyond their operators or beneficiaries, so it is necessary to find a way to solicit and consider the views of affected populations. Scientists increasingly recognize this (J. Kuzma Nature 531, 165–167; 2016). A reliance on technologists alone, the author opines, would be an error because “experts’ imaginations are often circumscribed by the very nature of their expertise”. The US congressional Office of Technology Assessment, closed in 1995, used to independently evaluate a wide range of technology problems. Now viewed with nostalgia by critics who lament the scientific illiteracy of much of contemporary politics, it receives only qualified admiration from Jasanoff. She concludes that, in several cases, the organization “failed to carve out the space of neutral expertise that its designers had hoped for” and instead “became one more loud, discordant note in the ongoing cacophonous debate”.

Some of the most intriguing portions of the book deal with the personally transformative effects of technology. “Our inventions change the world, and the reinvented world changes us,” as Jasanoff puts it. Technology determines our sense of the possible and can enhance or diminish our natural abilities, even altering brain size and function (R. McKinlay Nature 531, 573–575; 2016). Our technological choices are both reflections of who we are and stepping stones towards who we will become: emerging technologies may yet redefine what it means to be human. Depending on what we value most — power, knowledge, sustainability, conviviality or convenience — some technologies will serve us well and others must be excluded. Ethics is central to the process of choosing between them.

Expanding the scope of ethical deliberation over new technology may seem like a daunting prospect bound to impede innovation. It will undoubtedly raise questions more quickly than they can be answered. But experience suggests that many such questions will be worth asking.

The Ethics of Invention: Technology and the Human Future