My friend Leo gave me permission to share this.  It sheds light. 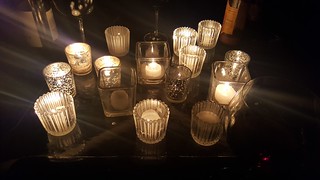 “Every breath you take, every step you take, I’ll be watching you…” is ironically in the lyrics of the love song “I’ll be Watching You”.  Written by, say it isn’t so, the group called: The Police!

We are all experiencing and mostly greatly enjoying the many benefits of the Internet and its ‘big data’ on the so called Cloud.  The time saving, convenience and usefulness of our experience with all those great apps like GPS and Facebook on our smartphone and micro laptops is truly amazing and wonderful.  Who wouldn’t love it and use it?  But there are unintended consequences in all of that for us as well.

So we are reminded daily that computer theft and hackers are undermining the otherwise (quasi) legal activity of prying (or spying) on other people’s business.  Its enablers, such as Edward Snowden, are seen by many as miscreants to be caught and punished; as a strong case can surely be made against them.

But what of the individuals, organizations, companies and government agencies that gather and at times abuse big data?  What is to be done to limit their reach and the harm they may inflict upon society?  Looked at in this broader sense, it is the game of big data and its analytics that needs to be brought to trial.  Hacking by Snowden or even Putin, while quite serious, is only a part of the main show.

That captures the essence of a central issue for our times involving the three distinct groups at play in an evolving surveillance world:

1)  Governments, while seeking to protect their populations from harm, are inadvertently threatening the very foundations of their democratic institutions.

2)  Corporations reaching for hegemony over large swats of the commercial landscape are also looking to gain a broader domination over human life.

3)  A public wishing for the good old days, innocently falling into the jaws of big government and big business whose big data may have run amuck.

How are we to keep using our credit cards, do online banking and make purchases on Amazon, Target and the rest, while they and Google, Yahoo, Facebook and the hundreds of thousands of apps play loosely with our private information?

Big data and its analytics, with artificial intelligence, machine learning and ever growing massive computing power, plus its hackers, is enabling trouble for us all.

While business people mean no harm and neither does government, very big harm is now fully in train.  In order for the right decisions to be taken this must be understood and limits placed on this three-party game!

Given all of that, how is the global disruption to all walks of life represented by big data and the conundrum it represents to be molded nearer to the heart’s desire?  How are we to square this isosceles triangle of conflicting freedom, security and convenience, and bring a modicum of sanity and reason along with some protection for democracy and personal freedom back to the fore?  Most of all, how do we keep the wonders of the modern Internet for our benefit?

To get a handle on this challenge we might begin with two fundamental questions:

In the American system of government, all rights not specifically set forth in the Constitution reside with the people and the States.  Thus, it is up to big government and big business to persuade the public as to what if any degree they may pry and spy upon the public and commerce.  That is, instead of assuming they have an inherent right to do so.  That is a far cry from what is happening today.

Under the banner of a ‘much real power is assumed and little is delegated’ strategy, business is moving ahead willy nilly and grabbing all the data streams it can.  It does so in the hope that, by forcing an ‘Accept’ on most every system and app to get it enabled by a user, it can justify its actions.  The legal and constitutional right to do so, on the basis of an ‘agreement’ achieved in such a cloaked under stressful manner, is surely open to upcoming judicial review.

The manner in which this takes place, the terms of the agreement, its duration and its broad application – without outside audit and review – strongly suggest the rise of much future regulatory involvement and scrutiny.  Google, Microsoft and the rest do themselves little good if they earn the ire of the EU, China and much of the world by these methods – even as they buy the silence of the US Congress at the donors table.

In a Machiavellian sense, they may have found a key to success by noticing that big government, prevented by statute from gathering the same information, may be a ready accomplice to their prying and spying.  That is, it may let big business grab all that personal information and create those databases and search engines, then pass legislation allowing government sub Rosa (as with the recently proposed UK IP Bill in Parliament) to grab it all without the public even knowing about it.  Such an act of collusion could indeed be a part of The Road to Serfdom for the people long envisioned by S.A. Hayek.

To get the idea as to how pervasive all of this is or might become, consider the example of a family buying a ticket to a concert on the Internet.  A little examination will quickly reveal that you can only get your tickets if you agree that the ticket service provider may grab your personal data, sell it or share it with others as they see fit, now and forever. Oh my God!  The same is true or will soon be in place when renting a car, buying an airplane ticket or booking a hotel.  In general, the public in its hurry could care less, sees little harm or does not want to be bothered as they make their acquisition – convenience matters more.  And so the big data entry deed is done by smartphone, credit card, PayPal, Google and all the rest.

As to assigning blame, the ‘car’ company points to the service bureau, it points to the credit card company, which points to the database people, they in turn point to the analytics platform, which points to who knows who.  So go and blame the heavens for the fact that the world may now know: where you went on vacation, what you ate, what medicines you needed and the fact that your wife may have had an anxiety attack – which could reach her employer while under consideration for a promotion.   All in the name of good profiling for the purpose of better targeted advertising for Walmart, Amazon and GM.  No harm intended, potentially much harm done.

In the meantime, the public loves Twitter, Pinterest, WhatsApp, Google and the rest so much, as such a great addition to the quality of their lives, that they are hardly prepared to cut them off in the name of greater privacy.

That indeed is at the heart of the matter, information once gathered for a reasonable or benign purpose can very quickly be repositioned (or hacked) to become part of something quite different.  In the absence of a data sunset, where data once used for its original purpose is either erased or fully protected from unknown use by others, information gathered innocently can feed the jaws of a deep mind learning machine to come to all sorts of conclusions and results.

This may indeed be valuable for national security, where it may very well be most useful and necessary – but nowhere else.  Semper Fidelis to the national cause, but not to unbridled commerce.

It is quite another thing to allow such information to impact politics, private business, personal choice, lifestyle and much else.  There we have the potential of creating a profile or cartoon of every person in a manner that may unfairly and illegally trespass upon their rights and personal freedom.  It is this aspect of big data that is big trouble.

After all, digital information once created is permanent while in nature we understand that forgetting is often as important as remembering.  Or else our minds would easily be overwhelmed by too much detail, compromised and confused and thereby frozen to inaction.  We need a mass data system that behaves in the same natural way, it remembers what is needed and important and discards much of the rest.  The failure to appreciate this point can only lead to much waste and loss of focus.

So collecting every bit of data forevermore and grinding it for bits of insights is ultimately a fool’s errand.  After all, the world is made up of a seemingly endless sea of facts, while only a rare combination is likely to contain the seeds of an idea.  The idea of data mining for analytical purposes, without attribution to individual sources, is most interesting and potentially valuable.  But can we trust the KGB, CIA or MI5 to play fair and not abuse the system?

In the end all three parties to this game: the public, government and business have legitimate claims to some of this turf.  Society will move forward successfully if these parties can find a reasonable accommodation among themselves as to what data may be captured and how it is managed.  In a world of rapidly rising artificial intelligence, learning systems and robotics plus great external threats, a failure to come to some workable arrangement literally means the end of the free world as we know it.

Consider what a failure to agree really means:

Taken together, the challenges of Big Data – Big Trouble strongly suggest that a rapprochement between the three parties is badly needed or the will of the people and its rule under the Constitution will be seriously undermined.  Yet, given all of that, much of the public still wishes for the benefits of the Internet to continue; though it brings some loss of privacy and freedom.

Beyond that, the many issues of data security and hacking in particular pose a very difficult technical and legal challenge of a very different sort.  The problem is that the Front Page news on the hacking of Target or the Pentagon or the Democratic National Committee is overshadowing the other aspects of big data – big trouble.